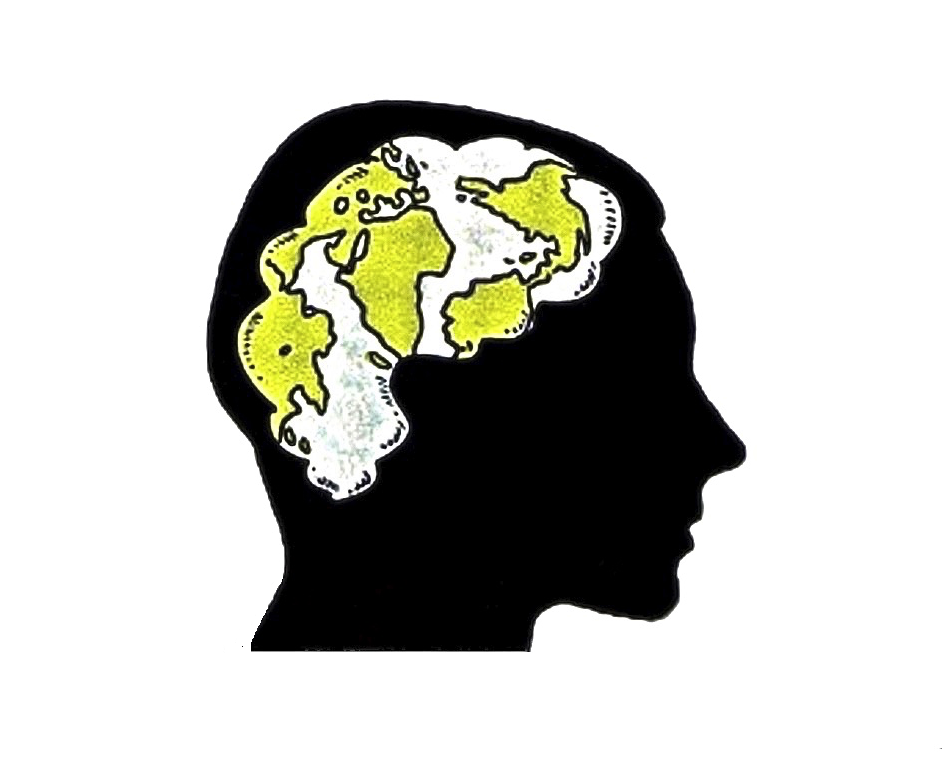 A 2nd Walk with Cartoons 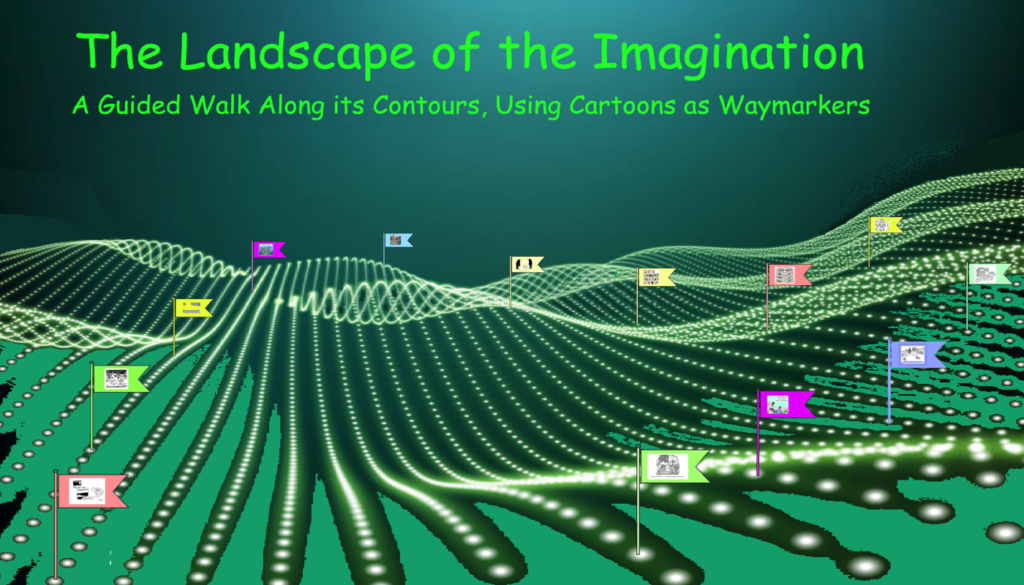 On my very first attempt at an objective walk through the world of cartoons, I got lost – almost from the first step. But there is nothing like getting lost to make you look around more carefully. So this, the second of my rambles through the landscape of the imagination, using cartoons as way markers, is about how that happened, and about how it turned out to be a good walk after all. Particularly, it is about how I was able to get to know my guide much better, as well as about the world of doubles, for which the chief exemplar is the pun.

Picture the scene. In fact, imagine how much of a challenge the mass of cartoons that lay spread out before me presented. All kinds of single frame cartoons brought together in a particular space and time (English speaking world, late 20th and early 21st century), lying quietly on my bedroom floor. Well, all I had to do, I told myself, was treat the whole thing like a giant puzzle for which the pattern was presumably very well hidden, and I just had to find a point of entry. Except that I didn’t have any clear idea about the underlying geography of meaning that gave humour its horizons and contours, and the dynamics of the joke itself were still a mystery. Thus the glass of wine. Well, maybe that was the second glass already…

One practical problem had been resolved though. Because by choosing single-frame cartoons, I had found the right kind of humorous material for my search. The thing is, cartoons are so much easier to search through than written jokes (they are easy to recognise second time round). But there were two other advantages as well. Firstly, the visual medium is more international than the verbal and secondly, cartoons tend to dwell on the physical world. Which seemed like a nice solid bit of reality to start off with, given how so much of human meaning is abstract, and less easy to get to grips with. So starting off with the world of human things, which are nonetheless heavily invested in meaning, seemed a good place to begin.

Hopefully I had now found the kind of material that might lend itself to some easy pattern detection. But where were these patterns? How complicated were they likely to be? Would I be able to rely on simple colloquial categories like Animal jokes, Puns, Irony or Exaggeration? Then again, surely I would have to start off with such categories, even if I changed them later? Also, should I dive right in, or concentrate on finding the simplest forms possible, this being a time honoured and effective first step in the elucidation of any highly complex reality that is the focus of science? I was very aware of this issue as a past student of mine had turned out to be an expert on the research into pea plants that turned Gregor Mendel into the father of genetics. It was she who had told me how Mendel had been either very lucky or insightful in his choice of just those half a dozen or so traits in peas. In fact, if he had started with almost any other traits, his experiments might not have gone so well at all, given how complicated much of heredity really is. In addition, I also recalled an observation by B. F. Skinner in his book, ‘Beyond Freedom and Dignity’ (p157)

“If Gilbert or Faraday or Maxwell had had even a quick glimpse of what is now known about electricity, they would have had much more trouble in finding starting points and in formulating principles which did not seem ‘oversimplified’.”